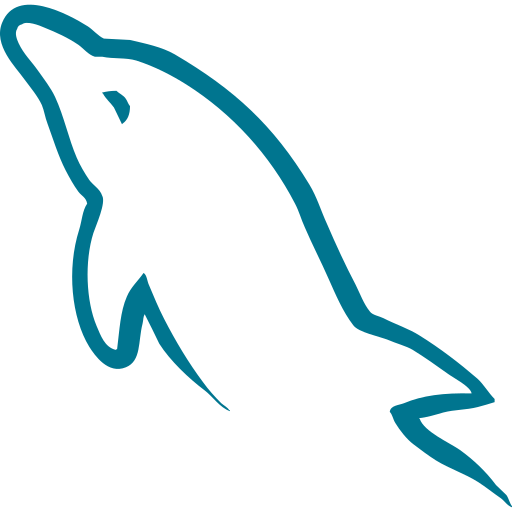 MySQL is a powerful and popular open source relational database management system. It is the world’s most widely used open source relational database and its popularity continues to grow. MySQL is used in many industries and has a wide range of applications. It is used by businesses to store and manage their data, by website developers to create fast, reliable websites, and by application developers to develop applications.

MySQL is an attractive choice for web developers because it is easy to use and provides strong data protection and high reliability. It supports multiple storage engines, which allow users to choose the engine that best suits their needs. It also features a variety of options for configuring the database and its performance.

The history of MySQL goes back to the mid-1990s. It was originally developed by Michael Widenius, who founded a company called MySQL AB to develop and support it. When the company was sold to Sun Microsystems in 2008, it became part of the Oracle Corporation. Oracle maintained the support and development of MySQL until January 2019 when Oracle decided to spin off the MySQL business unit into an independent company called MySQL AB, which is now owned by Oracle.

MySQL is used by many large businesses, such as Twitter, Facebook, Google, Etsy, and Yahoo, as well as smaller companies. Additionally, it is used by a number of open source projects, such as WordPress, Joomla, and Drupal.

MySQL is written in C++ and is licensed under the GNU General Public License (GPL). This means that anyone can use and modify the software for free.

MySQL supports numerous storage engines, which provide different functions and capabilities. Some of the more popular storage engines are MyISAM, InnoDB, Memory, and Archive. The storage engine used depends on the specific requirements of each project.

In addition to these tools, MySQL also provides access to a number of programming APIs. These APIs allow developers to extend MySQL with custom applications and access data using popular scripting languages such as PHP and Python.

MySQL is highly extensible, allowing developers to customize the database to their exact needs. Developers can add custom functions and stored procedures, as well as create triggers and views.

MySQL also provides a number of performance tuning options, such as memory and query caching, as well as thread pooling. This allows developers to optimize their database environment for maximum performance.

MySQL is an attractive database due to its scalability, ease of use, and robust feature set. It is a popular choice for web development, as well as for applications that require a high degree of performance and reliability. By leveraging its features and tools, developers can create powerful database applications quickly and reliably.

The first version of the software was released in 1995. MySQL was originally developed by Swedish developer Michael Widenius and David Axmark in 1995 and further developed by Oracle since 2010.

MySQL is a widely used database in many web applications and websites. It is also used in content management systems such as WordPress, Drupal, Joomla, Unbounce and more. Additionally, MySQL can also be used in data science projects. It can be used to store, query and analyze large datasets effectively.

MySQL is also commonly used in e-commerce platforms such as Magento and Shopify. It can be used to store data related to customers, products, orders, payments and even inventory. MySQL can also be used in game development platform such as Unity and Unreal Engine.

Below are code examples from a few programming languages using MySQL:

MySQL is an open-source, relational database management system used by multiple applications. It is primarily used for storing and managing structured data, but its feature set also supports unstructured data, such as documents and media. MySQL is also widely used in web development, as it supports popular web programming languages like PHP and JavaScript.

MySQL was developed in 1995 by two computer scientists, Michael Widenius and David Axmark, as a fork of the original Unix-based MySQL code. In 2008, Sun Microsystems acquired MySQL AB and later Oracle acquired Sun Microsystems in 2010, becoming the primary owner of MySQL. Since then, Oracle has continued to develop and improve MySQL.

MySQL is a popular choice for web development because of its many features and advantages. Here are some of the features that make MySQL so attractive to developers:

MySQL is used in many application areas, from web applications and data warehousing to online commerce and embedded systems. Here are some of the most common uses of MySQL:

Connecting to a MySQL Database

The first step in using MySQL is to connect to a database. To do this, you must provide a valid username and password. Here’s an example of how to connect to a MySQL database using Java:

Once the connection is established, the next step is to execute a query against the database. Here’s an example of how to execute a SELECT query to retrieve data from a MySQL database using Java:

Inserting Data into a MySQL Database

Once the connection is established, the next step is to execute an INSERT query to add data to a MySQL database using Java:

Updating Data in a MySQL Database

Once the connection is established, the next step is to execute an UPDATE query to update data in a MySQL database using Java:

Deleting Data from a MySQL Database

Once the connection is established, the next step is to execute a DELETE query to remove data from a MySQL database using Java:

MySQL is an open-source, relational database management system (RDBMS) based on Structured Query Language (SQL). The world’s most popular open source database, MySQL has been around since 1995 and is the go-to choice for many organizations seeking a dependable and robust database solution. It is probably best known for its speed and reliability, but it also offers features like scalability and data integrity that ensure it remains a powerful choice for web development and business applications alike.

MySQL was created in Sweden by a man named Michael Widenius – the lead architect of the original project. Widenius developed the project while working at a Swedish IT company called TMC, and soon afterwards released it as an open source project. Since then, MySQL has become one of the most popular databases in the world, with millions of installations across hundreds of thousands of domains.

In 2008, MySQL was acquired by Sun Microsystems, which was subsequently acquired by Oracle Corporation in 2010. This acquisition solidified MySQL’s foothold in the enterprise market, and Oracle has continued to expand and improve upon the software’s capabilities and features. Today, MySQL is available in several versions, from the free and open-source community edition, to the highly scalable and secure Enterprise Edition.

MySQL is renowned for its speed, flexibility and reliability. It is designed to be easy to use and create powerful applications quickly, which makes it a popular choice for web developers. It supports a wide array of platforms, including Linux, Windows, Mac OS X, Solaris, FreeBSD and many other operating systems.

It supports a variety of programming languages, including PHP, Java, C++, Python and Ruby, and can be used with a range of other technologies, such as Apache, Joomla and WordPress. It also supports replication, allowing you to have multiple servers that are automatically synchronized with each other. This ensures your data stays consistent, no matter where it is stored or accessed.

MySQL also offers numerous data storage engines to choose from. These engines provide different levels of customization and performance, allowing you to select the best engine for your particular application or use case. These engines include the InnoDB engine, which is the default engine, and provides excellent transaction support; the MyISAM engine, which is optimized for high-speed read operations; and the Memory engine, which allows for faster operations when storing temporary data.

MySQL is widely used in web development, enterprise applications, data warehousing and analytics. It is used by some of the world’s largest companies, including Google, Facebook, YouTube, Twitter and LinkedIn, and can be found in a wide range of applications, from e-commerce websites and content management systems to mobile games and social networks.

It is also used for data analysis and data warehousing, and can facilitate transactions between different databases and applications. This makes it an ideal choice for businesses who need to store, process and analyze large amounts of data quickly and efficiently.

Here is a simple example of how to connect to a MySQL database in Java:

In this example, we use the Class.forName() method to load the MySQL driver, and then use the DriverManager.getConnection() method to establish a connection to the database. Once the connection is established, we can use standard SQL commands to query and update the database.

MySQL is one of the world’s most popular and powerful relational database management systems. It is renowned for its speed and reliability, but it also provides features like scalability and data integrity that make it suitable for a wide range of applications. With its robust set of features, intuitive APIs and wide range of supported platforms, MySQL is an excellent choice for web development and enterprise applications alike.