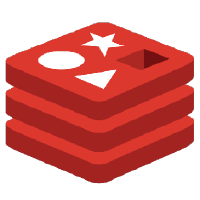 Redis is an open-source, in-memory data structure store used for building high-performance, low-latency applications. It is often used as a key-value store, but also works well as a message broker, job queue, and caching system. Redis is consistently being improved and updated, with new features and bug fixes released on a regular basis. This article will provide an overview of the Redis release cycle, including the different versions available, how they are maintained, and when they are released.

Redis is an open source, in-memory data structure store used as a database, cache, and message broker. It stores data in a key-value format and offers high performance, low latency, and high availability. Redis is written in C and is used by many companies to build web, mobile, gaming, and IoT (Internet of Things) applications. The library is highly scalable and supports a wide range of data types, from simple strings to hashes, lists, sets, bitmaps, and more. Redis is primarily used for caching, but can also be used as a database and message broker. It is extremely fast, due to its in-memory data structure, and it can handle large volumes of data without any performance degradation. Redis is also easy to scale up or down, using a master-slave architecture, and provides built-in replication and high availability.

Redis was created by Salvatore Sanfilippo in 2009. It was initially released as an open-source project and has since become one of the most popular databases in the world. Redis is now maintained by Redis Labs, which oversees the development and maintenance of the software. The first version of Redis was released in April 2009. Since then, there have been hundreds of releases, with major new features and improvements added. There have been several major versions of Redis over the years, including Redis 2.8, 3.0, 4.0, 5.0 and 6.0.

Redis is released on a regular basis, usually every 4-6 weeks. Each release includes new features, bug fixes, and performance improvements. The Redis release cycle is managed by Redis Labs, which is responsible for maintaining the software and releasing new versions. The cycle starts with the release of a new version. This version is then tested and any issues reported by users are fixed. Once all issues have been addressed, a stable version is released. This version is then maintained for around six weeks, with bug fixes and minor improvements released. At the end of the six-week period, a new version is released and the cycle starts again. This cycle ensures that the software is stable and reliable, while also allowing for new features and improvements to be added on a regular basis.

There have been several major versions of Redis released since it was first released. These versions include Redis 2.8, 3.0, 4.0, 5.0 and 6.0. Below is a brief overview of each version.

How to Upgrade Redis

Redis is an open-source in-memory data structure store used for building high-performance, low-latency applications. It is consistently being improved and updated, with new features and bug fixes released on a regular basis. This article provided an overview of the Redis release cycle, including the different versions available, how they are maintained, and when they are released.