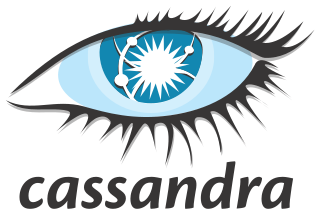 Apache Cassandra is an open source distributed database management system that is designed to handle large amounts of data across many commodity servers, providing high availability with no single point of failure. It was initially developed at Facebook and released as an open source project in 2008.

Apache Cassandra is an open-source, distributed NoSQL database management system designed to handle large amounts of data across multiple commodity servers, providing high availability with no single point of failure. It was originally developed by Facebook and is now maintained by the Apache Software Foundation.

Cassandra was originally developed at Facebook in 2008. The project was then open-sourced and donated to the Apache Software Foundation in 2009, where it has become the most successful NoSQL system in the market today.

At its core, Cassandra is a masterless, shared-nothing, distributed database that can be deployed on multiple machines. It is a column-oriented database with no single point of failure and allows for massive horizontal scalability. This makes it ideal for applications with very large data sets that need to be highly available.

Cassandra also uses a replication strategy called “eventual consistency” which allows it to provide strong consistency in read/write operations while still remaining highly available. It is optimized for write-intensive applications and can handle up to tens of thousands of writes per second.

Cassandra is also highly flexible and supports a wide range of data types. It supports both relational and non-relational databases allowing for a hybrid approach to data storage.

In 2009, Cassandra was made available to external users as a part of the Apache Incubator Program, which is a way for new open source projects to be hosted and formally recognized by the Apache Software Foundation.

In 2011, Cassandra graduated from the incubator program and became an official project of the Apache Software Foundation. Since then, Apache Cassandra has become increasingly popular as a distributed, robust, and fault-tolerant database management system.

The development of Apache Cassandra began in the late 2000s when the team at Facebook had a problem dealing with large volumes of data. They wanted a distributed storage system which could scale up or down based on the data volumes and store their data across commodity servers. The solution they created was called Cassandra, and it was released as an open source project in 2008.

Since then, Cassandra has been adopted by some of the biggest companies in the world including Netflix, Facebook, Twitter, Apple, eBay, and many others. Its popularity has only grown over the years, and it is now one of the most popular NoSQL databases in the world.

Apache Cassandra has some unique features that set it apart from other NoSQL databases:

Apache Cassandra is widely used for a variety of applications. Some common use cases include:

The following code examples demonstrate how to connect to and query a Cassandra database. The examples use the Java DataStax driver.

The following example demonstrates how to create a Cluster instance and establish a connection to a Cassandra cluster.

The following example demonstrates how to query a table called users and print out the results.

The following example demonstrates how to insert a row into the users table.

The following example demonstrates how to update a row in the users table.

The following example demonstrates how to delete a row from the users table.

Apache Cassandra offers a number of features that make it an attractive option for organizations dealing with big data.

The most attractive feature is its scalability. Cassandra can easily scale up or down depending on the amount of data being stored. This means that it can easily accommodate large datasets and can also handle sudden influxes of data.

Another important feature is its high availability. Cassandra ensures that there is no single point of failure and all nodes in the cluster are always available. This ensures that the data is always safe and accessible.

Cassandra also offers support for various programming languages such as Java, Python, and C++. This makes it easy for developers to work with Cassandra.

Finally, Cassandra provides powerful tools for managing the data such as backup and restore, replication, and data compression. These features help make sure that the data is always up-to-date and secure.

First, you need to install Cassandra on your machine. You can do this using a package manager like apt-get or yum. Once it is installed, you can start the Cassandra service by running the following command:

Once we have our table, we can insert data into it. To insert data, we use the INSERT INTO command. For example, if we want to insert a new employee into our ‘employees’ table, we can use the following command:

Cassandra is used by a number of companies for a variety of use cases. Some of the most common include:

This is an example of setting up a basic Cassandra cluster using Docker.

First, you will need to install Docker on your machine. Once installed, run the following command to pull the Cassandra image from Docker Hub:

Once the image has been pulled, you can now start the Cassandra container using the following command:

The Docker Cassandra container will now be running in the background. You can check the status of the container by running the following command:

You can also use the Docker CLI to connect to the Cassandra shell:

Once connected to the Cassandra shell, you can now start creating keyspaces and tables. To create a keyspace, run the following command:

This will create a keyspace called “my_keyspace” with a replication factor of 3. To create a table, run the following command:

This will create a table called “my_table” with two columns: “id” and “name”.

Finally, you can insert some records into the table by running the following command:

This will insert a record into the table with an ID of 1 and a name of “John Doe”.

Once your data is in the table, you can query it by running the following command:

This will return all of the records in the table. You can also query specific records by adding a WHERE clause:

This will return the record with an ID of 1.

Cassandra is used in a variety of applications, ranging from social networks to large enterprise applications. Some common use cases include:

Cassandra is written in Java, so most code examples will use this language. Here is an example of a simple table creation using Cassandra’s CQL syntax:

And here is an example of inserting data into the table:

You can also use Cassandra’s Java API to query and manipulate data. Here is an example of how to retrieve a row from a table:

Cassandra has a unique architecture that allows it to offer many of its features. At the highest level, Cassandra is composed of nodes, clusters, and keyspaces.

Nodes are the individual machines that make up the cluster. They can exist in different physical locations, but together form the cluster.

A keyspace is a logical container for the data, similar to a database. It can contain multiple tables which store the actual data.

The data is split into a series of partitions, and each node holds a replica of each partition. This allows the data to be distributed across the cluster and makes it more resilient to failures.

Apache Cassandra is an open source distributed database management system that is designed to handle large amounts of data across many commodity servers. It provides scalability, high availability, support for multiple programming languages, and powerful data management tools. Organizations such as Twitter, Netflix, and eBay are among some of the largest users of Apache Cassandra, and it is continuing to be adopted by more and more businesses.

Apache Cassandra is an open source, distributed database system designed for scalability and high-availability. It’s a NoSQL solution that supports a wide range of applications, from social networks to large enterprise applications. Its features include its ability to handle large amounts of data, its high availability, and its scalability. It also has a unique architecture that allows it to offer many of its features, such as its data model and low-latency operations. Examples of uses for Cassandra range from fraud detection to customer relationship management. And code examples in Java demonstrate how to use Cassandra’s CQL syntax and Java APIs to query and manipulate data.